In 1989 a young skater skitched through Manhattan from the rear bumper of a NYC yellow taxi. His buddies watching on, marvelling at what he was doing. Looming behind him, the iconic twin towers. Perched above the scene was NYC-based photographer Charlie Samuels, rapidly clicking through his roll of film. Fast forward to present day and this image has been cemented in legend, immortalizing one of New York’s greatest skaters Harold Hunter in front of New York’s most enduring buildings.

Through the decades, Harold became known and loved in NYC and the world over as a larger-than-life character who excelled in skating, acting, comedy and enriching the lives of others. After his sudden and tragic passing in 2006, a non-profit foundation was created under his name to empower and improve the lives of inner-city youths in New York through the power and community of skateboarding.

To celebrate the continuation of Element’s partnership with the Harold Hunter Foundation, a limited series of 100 decks featuring Charlie’s iconic image have been made to celebrate Harold’s legacy and support HHF in their continued work and dedication to the skate community of NYC. To learn more about what the good people at HHF do and to order your very own Twin Towers deck as a way to support the cause and have a piece of skateboarding history visit https://www.haroldhunter.org. Long live Harold Hunter… Legends never die. 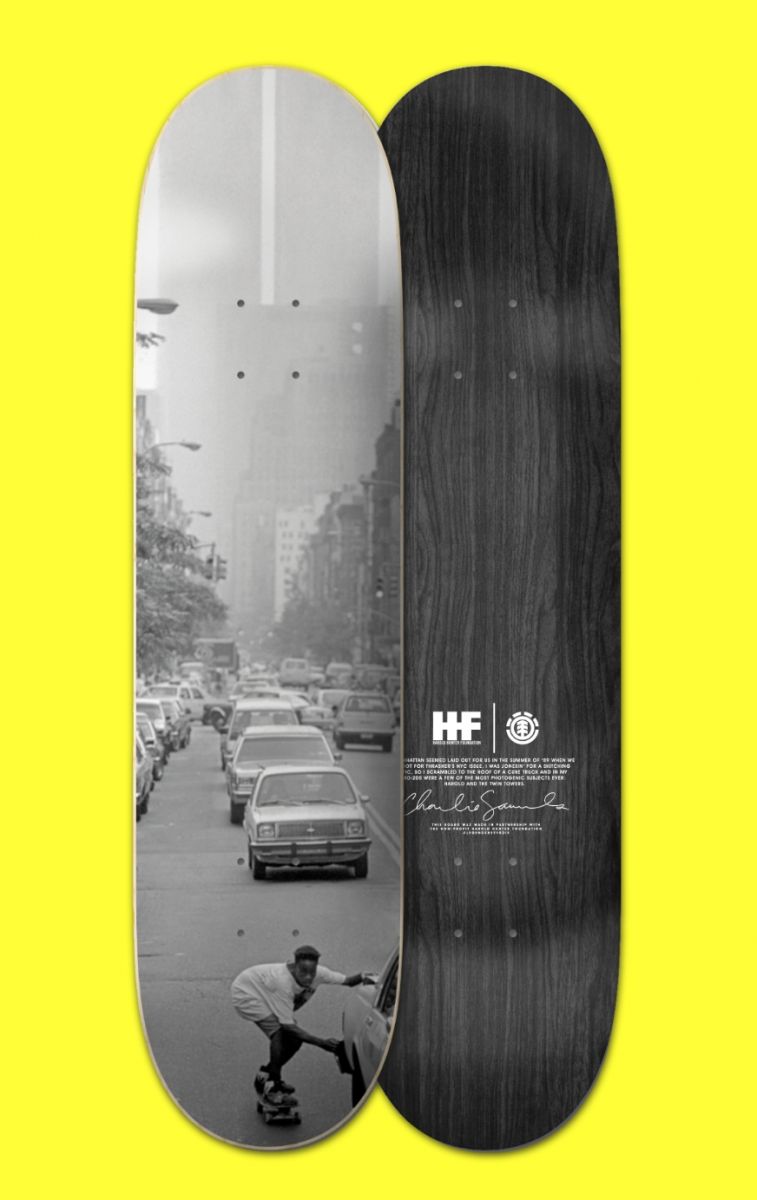 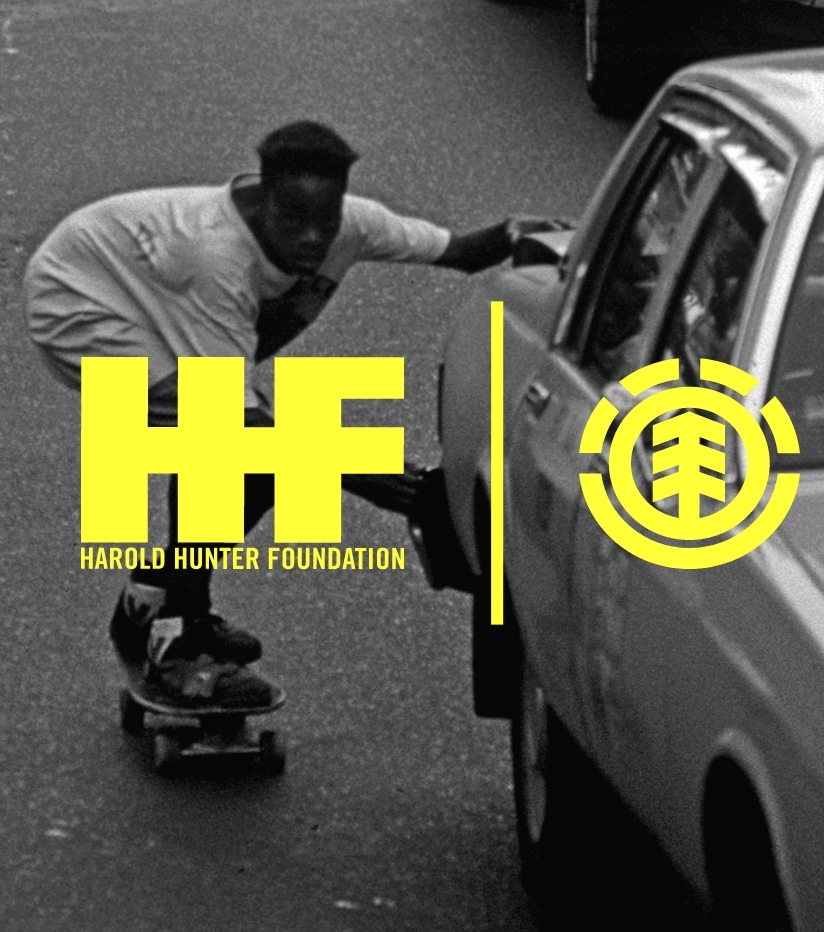 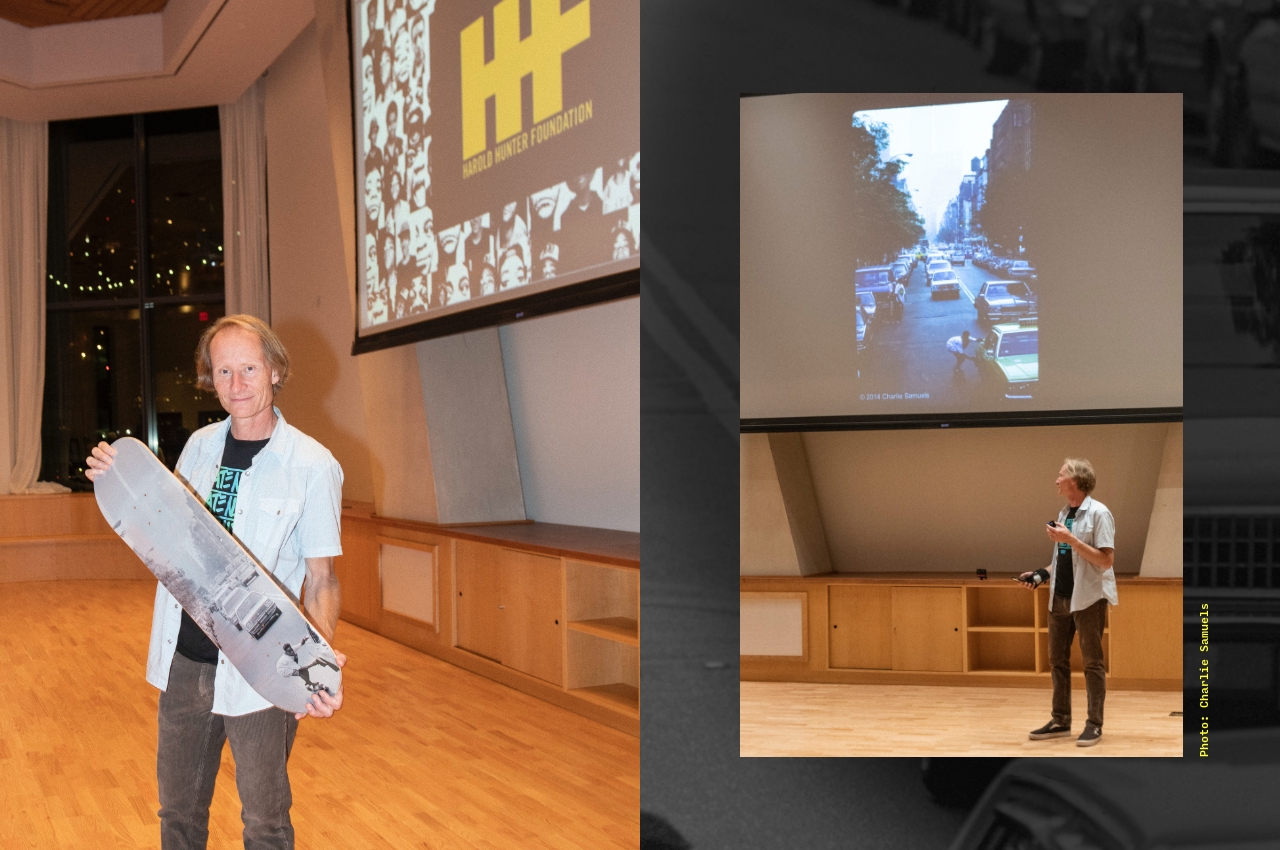 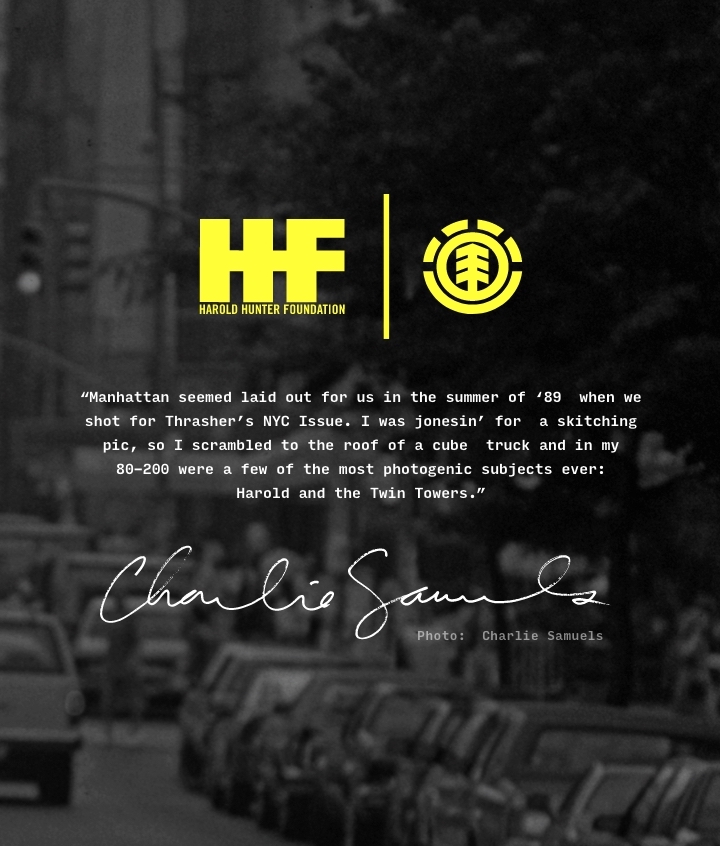