With Paris serving as its backdrop and soul, Element presents the latest video from Parisian skaters Victor Cascarigny and Cesar Dubroca. Filmed entirely in Paris and set to the Victor's original music and Cesar's art and animations, “Deux Rives” celebrates the soul and spots of Paris on both banks of the Seine.

Paris is a place where creativity collides with daily life and manifests itself in an impossible number of ways. For Victor and Cesar, the city which they call home not only serves them up with some of the best skate spots anywhere, but the vitality of the streets inspires their artistic and musical passions. “Deux Rives” showcases the soul of both banks of Paris and both sides of these young skaters and artists.

Recently we were able to catch up with Cesar and Victor about the inspiration for the project, the concept, the filming process and their philosophies around skateboarding and art. 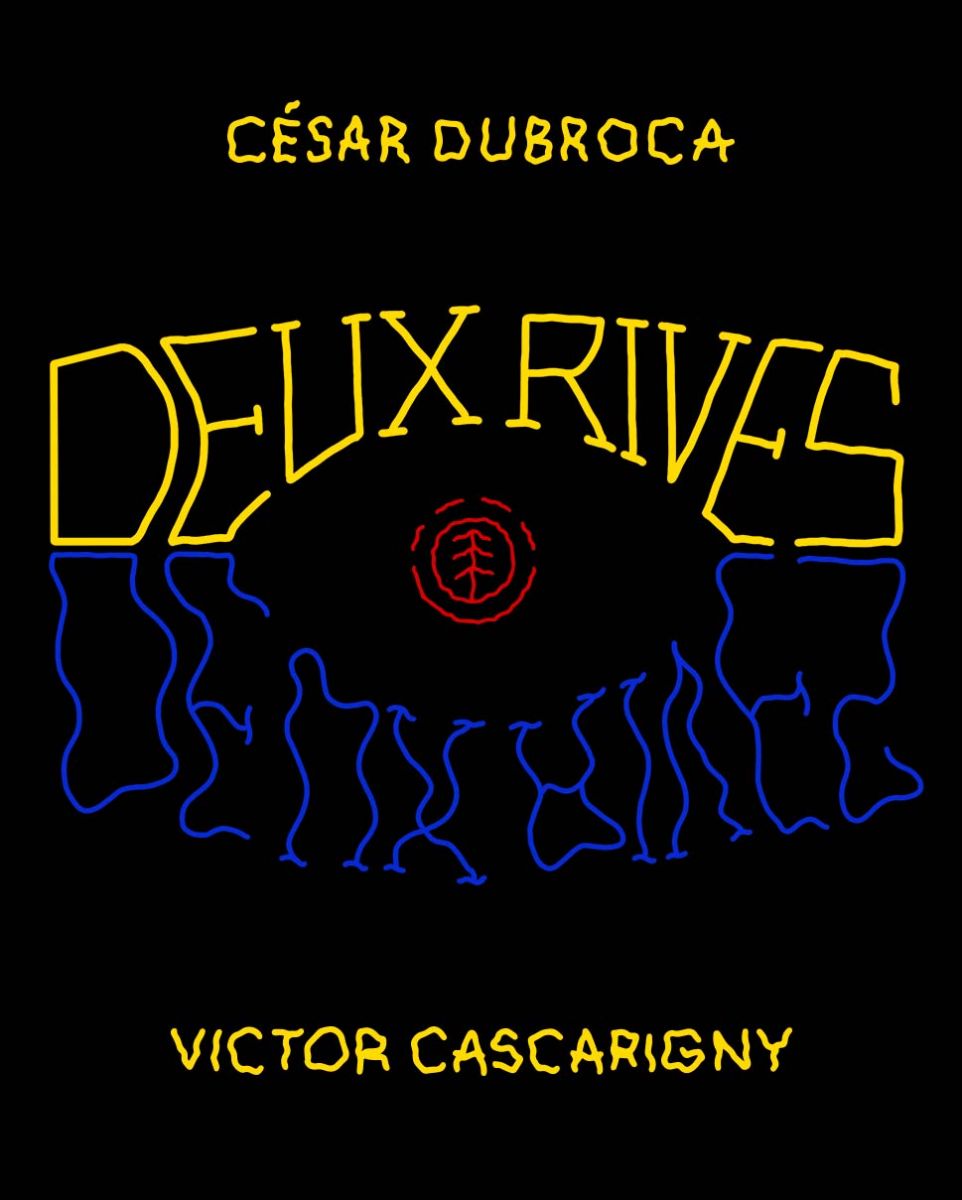 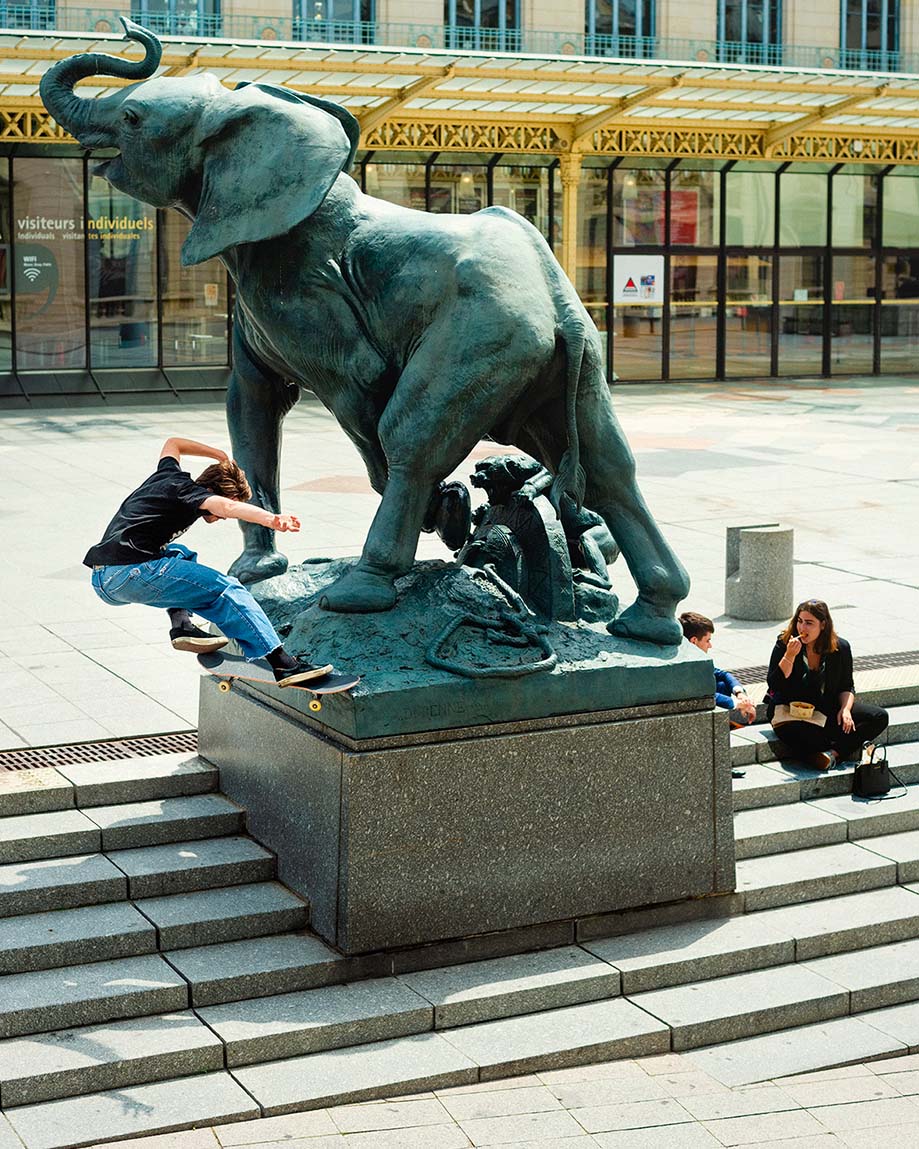 CCesar Dubroca was the one who originally planted the seed for the idea of the “Deux Rives” project saying, “The idea for the video at its core was to make a video that was filmed only in Paris. And since we were in the covid lockdown period, it was also to find a skate spots “libre” or totally free. Because a lot of spots in central Paris in normal times always have security or a lot of people around. In a strange way, the covid period really allowed us to explore the best spots in Paris with no people around. Which may never happen again” Cesar had been wanting to film a video part for some time and having become fast friends with Victor during an Element trip to Helsinki a few years back, it was a natural fit for them to make a double part. Victor recounted that it seemed a perfect fit, “following up after the “Jaakko and Eetu” shared Element part, it seemed like a good idea.” It was always going to be more than just a skate video however, since both guys are very artistically active.

“Cesar had been doing his animations for a while so we thought it would be cool to have an artistic side to the project. To have a little bit something that could add to the skateboarding which is already artistic in its own way. Plus, I make music in my home studio so it was an instant fit to combine all of those things together”, said Victor. From the off, “Deux Rives” was immediately set to be a project that reflects the vibe and energy of Paris through the minds of this dynamic duo. Regarding the title of the project, both Victor and Cesar note that the inspiration was primarily to be a 100% Parisian video. “The first concept was to film only in central Paris. Then secondly, around the artistic direction we wanted to name something that was collaborative in all aspects between me with my illustrations and animations, Guillaume for the filming and editing and Victor who created all the music” says Cesar. Victor was quick to add “we really thought mainly about the geography of Paris when naming the video. Because Cesar is living on the left bank, and I am living on the right bank. So, it was happening quite often where when we were sharing the spots we should go film, Cesar would propose something on the left bank, and I would propose something on the right bank. It eventually became a bit of an inside joke”

Throughout the evolution of the video, a deeper significance around the title and the subject matter began to reveal itself. When asked about why a project around the city of lights is a bit more layered, Victor told us that “in terms of the cultural and artistic significance of being based in Paris, it has been the capital of fashion for generations, capital of art and artistic people of been coming to Paris for a long time because if you want to explore your work you just have to come to Paris. It makes sense that a video like this that is focused around Paris would have a mixture of ideas. Even our skating styles are entirely different. I think with all of that, people will really understand that the project really is an artistic endeavor.” Even with the layout and the technical side of the production, different levels of significance presented themselves to help round out the vibe they were looking for. Cesar alluded to this in explaining how he thought of layering his animations over the video itself. “I took off with a concept around the idea that skaters live in the margins of society. For example, when everyone else was locked inside during covid, we were still somehow permitted to “exercise” or skate outside, which we took advantage of when there was no one around.”

He continued in saying, “you have a concept of marginality in there. Then to mirror that concept, I thought “could I use the margins of the video frame to display my animations?” Because we filmed the whole video on VX1000, so you have the black margins from the square format of the video.” With each step of the project, new meanings, ideas and opportunities for expression presented themselves, keeping in character with the project and the guys behind it. Regarding the video’s original music, Victor spoke about how music has always been present in his life from a young age and he recently decided to begin composing and recording his own songs. “In the past two years I have purchased all the equipment and I am making my own compositions, ideas and recordings electronically at home. But back in the days I was always messing around with the piano or the drums or something like that. But now I am really diving into it.” Taking inspiration from styles like jazz, deep house and simple electronic sounds, the original soundtrack for “Deux Rives” is the ideal background sound for this collective endeavor.

But it was stressed by both Cesar and Victor that the glue behind the project was filmer and editor Guillaume Périmony. A Parisian as well, Guillaume not only lent his artistic ideas and technical expertise to the project but also his intrinsic knowledge of the city. Victor emphasized that, “Guillaume is not just a filmmaker but also a guide to Paris and a constant source of ideas. Without him there’s no way that “Deux Rives” would have been realized.” The end product is a result of the group’s collective determination to create a one-of-a-kind look at Paris through the lens of skateboarding, music and art. Join Element, Victor, Cesar and Guillaume at the Element store at 1 Rue de Turbigo, 75001 Paris on the 30th of September for the official premiere of “Deux Rives”. The evening will kick off with a free beer and a whiskey sour/ginger beer cocktail made by Victor and his girlfriend on site. A collaborative mixtape from Victor and Cesar will be bringing the vibes to the party, so be sure to be there for a night that celebrates all things magic about skating in Paris.

Merci Beaucoup and congratulations to Cesar, Victor and Guillaume for realizing this unique project.